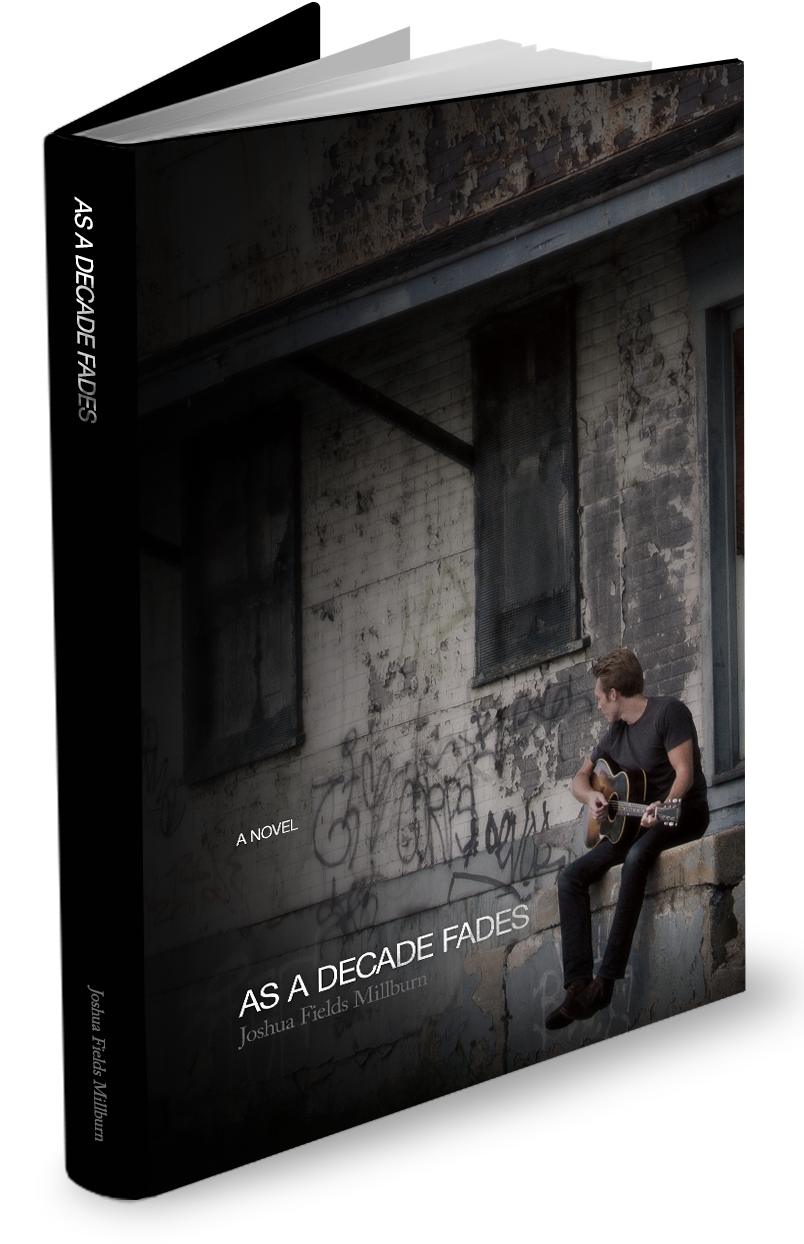 Have you enjoyed this book?
Leave a review on Amazon!

As a Decade Fades: A Novel

People don’t know how to love the ones they love until they disappear from their lives.

As he approaches thirty, Jody Grafton’s career as a singer-songwriter falls apart: he loses his record deal, his money, his fame—even his desire to create new music. While he stares at the rubble of his one-hit-wonder musical career, his mother is diagnosed with lung cancer, his marriage ends abruptly, and Jody starts drinking heavily to deaden his new reality.

When he hasn’t a single reason left to live, he attempts suicide and ends up in a psych ward where he’s prodded with questions he isn’t yet prepared to answer. Amid the tailspin, Jody receives a phone call from his recently estranged girlfriend and she has unexpected news: she’s pregnant.

As a Decade Fades begins with this phone call. As his twenties twilight, Jody Grafton grapples with loneliness, depression, lust, and infatuation while glancing at the mounting wreckage in his rearview. When he can’t fit—or force—the pieces of his life back together, he leaves his native Ohio to search for answers in the most unlikely of places: Bed-Stuy Brooklyn.

To fade the scars of the last decade, Jody must face his self-inflicted wounds head-on if he plans to discover a brighter future on the horizon. But does he have the strength to piece his life back together?